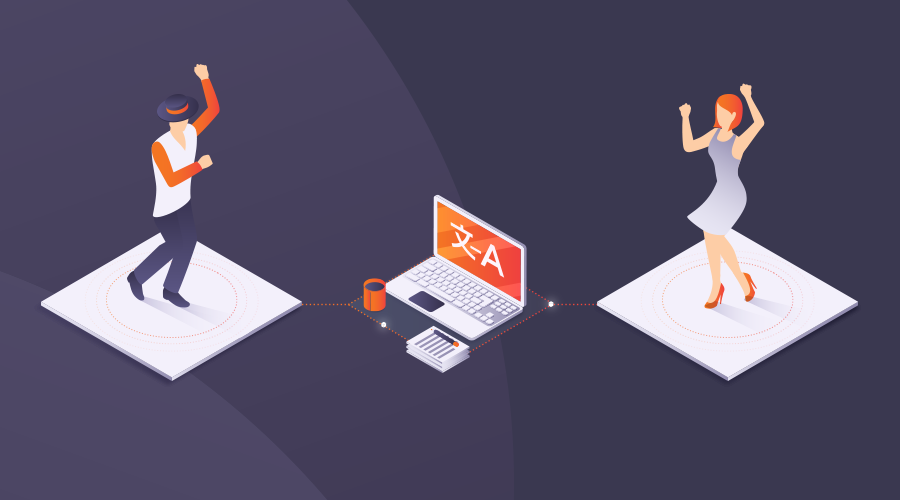 At last year’s memoQfest conference a select group of several hundred attendees got a sneak preview of The Dance Translator in action at the end of the conference dinner. At first sight, it looked as if the dancers were all doing the same dance. They were, in fact, doing 16 different dances and thanks to the magic of neural networks this was translated into what appeared to be a single dance. Even more amazing is the fact that there were only 11 people on stage at the time and only 2 of them were doing the same dance. We have promised Sándor that we will not tell anyone that he was responsible for inputting 6 different dances at the same time.

The memoQ developers responsible for this are Fréd Ástáïre and Dr. Gingér Rőgérs. We asked them how this technology works exactly. Mr. Ástáïre described The Dance Translator this way: “I just put my feet in the air and move them around.” Dr. Rőgérs, who came up with the original idea told us “I do everything the man does, only backwards and in high heels!”.
It appears that ‘backwards and in high heels’ is at the core of this technology as the diagram below illustrates:

Mr. Ástáïre said he was particularly pleased when they inputted a couple of jigs performed by three drunken maidens who lived in the Isle of White. This came out as a Vienna Waltz performed by members of the Strauss family. It was also interesting to note that all the Austrian dancers appeared to be sober, although one was hiccupping at inappropriate times.
Mr. Ástáïre said that he could not confirm the rumors that The Dance Translator is being beta tested in a secret venue in Budapest. “That is way above my pay scale.” said Mr. Ástáïre. “I know nothing about this taking place every Tuesday and Thursday or their plans to have the first public release of this at memoQfest.”

A spokesperson of memoQ said they could not comment as they had steps to learn.